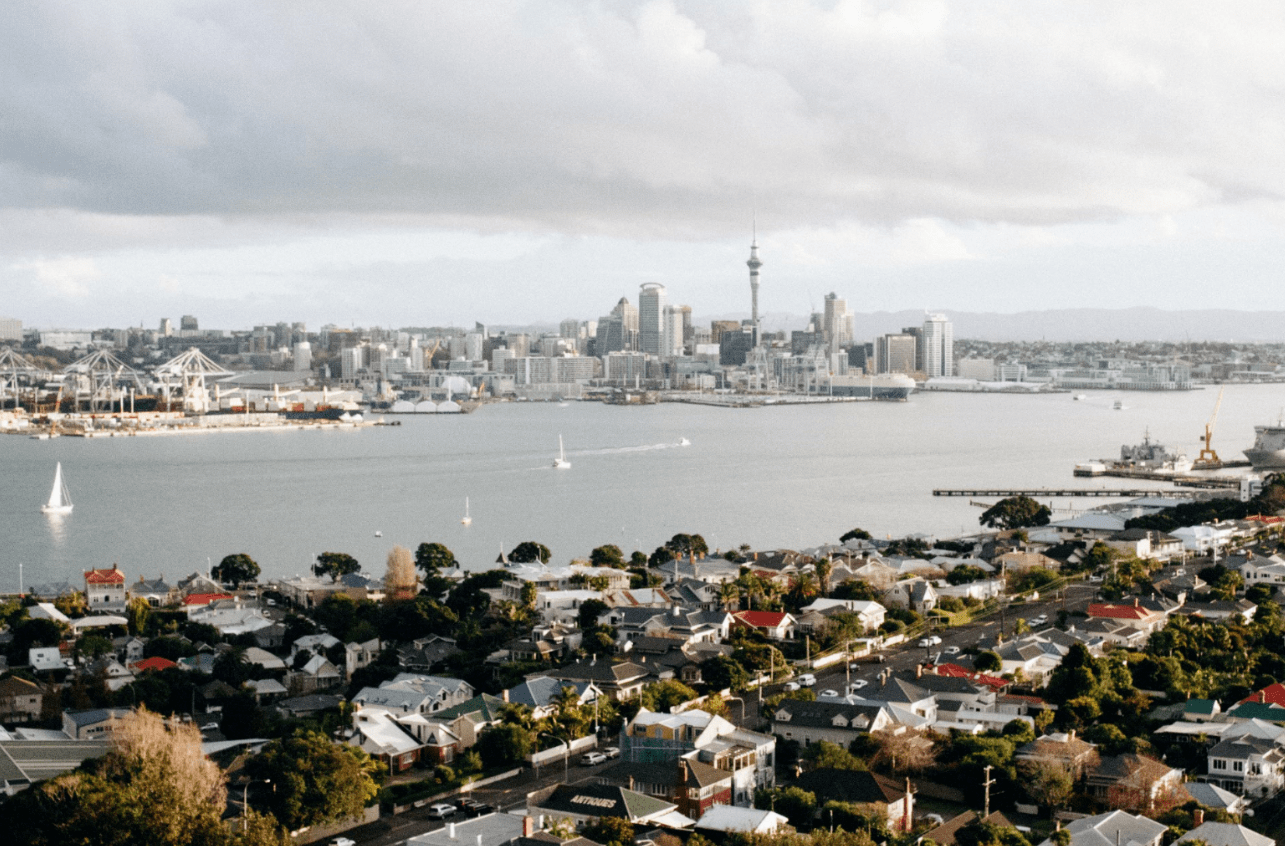 Before we all went into lockdown and travel became impossible, I had a major case of the post travel blues. However, not because I desperately wished I was in another country- in fact, the opposite.

Daniel Sloss is this comedian that has a Netflix special where he claims to have broken up 4000 couples. His thing is that people are piecing together a jigsaw (which is also the name of his special lol) of what their perfect life looks like. When they find their partners, they will try to jam them into their own jigsaw and ignore the fact that they don’t fit or that the jigsaws that they’re working on don’t look the same. I love his bit where he says that there are 7 billion people in the world, and people think their soulmate is the person around their age who lives down the road lolol. So now you have to make a choice – admit it now that you’ve made a mistake and it doesn’t work, or spend a few more years wasting time and your youth.

I’ve felt that way for a long time. I’ve been trying to always fit in a certain piece into my puzzle and I might need to admit that it doesn’t fit no matter how much I try.

With The Rona rolling through NZ, I’m so pleased to be living here. New Zealand is my home, and I love the lifestyle, NZ’s core values and the environment. I love that I can get to the city, a raw and real beach and a Chinese supermarket in a day if I wanted to. I love the chill work-life balance; companies generally finish work at around 5:30-6pm and it’s not a rat race like bigger cities. NZ is beautiful, the food is fresh and good, and all of my friends and family are here.

I’ve always wanted to grow my life in NZ. It seems to be perfect for my not-that-ambitious-but-still-want-to-prove-myself attitude toward work. I want to go on road trips to different beaches and walk through stunning mountains with a significant other, have my kids jumping up and down on a dangerous rusty trampoline in the backyard amongst the fruit trees, catch up with my friends and family over flat whites over brunch or prawn dumplings in yumcha because the cafe culture is alive and well in Auckland.

I didn’t fight at all to stay in other places I’ve lived at or made any attempts to live in different countries, despite my friends doing their OEs. I always thought that Auckland was where I wanted to be, and that it would be the setting for my life to develop. But no matter how hard I tell myself that, I’m not sure if it’s actually happening.

Although my ambition and NZ’s attitude to work are pretty on par, I find it hard to actually get a chance or opportunity to step up. I’ve found that there is only one group, or one company that does something, and if you didn’t get entry into that then you can’t. For example, earlier in the year I tried to join the NZ Asian leadership programme that only take a few applicants every year, and the Auckland Ethnic Advisory Panel, that only takes applications every 2 years for a group of 7-10. So there is only one leadership programme like this in the country, and one group in city that is only open once every two years.

If you can’t tell already, I’m quite passionate about the PoC experience in New Zealand. I want to do more than just volunteer at a stand. I actually want to see some strategy, get to know some people who are working in the field and seeing the difference that they make and the challenges that are face. I want to be involved and help out in a higher level, find out what needs to be done in order effect change and be a better worker.

Well, I didn’t get accepted into either, and I don’t believe there are any other groups like that in Auckland :/ . There goes the only two opportunities that I feel like could grow me.

If this was a bigger city, I’m sure there would be so much more on offer. In fact, I KNOW there is more to offer since I’ve been more included in other bigger countries, like my sole shining achievement of being the runner up in an Asian-American website’s writing contest (did you know that Americans don’t really use terms that end with t as past tense, like dreamt and spelt? So I actually had to pay attention to the terms I used and my spelling like colorful and favorite and pajama lolol). And if I was in Singapore or Asia where being Chinese WAS the dominant group, I would be in a privileged position of being on the main stage for opportunities.

I’m just frustrated because I want to learn, but there were only two opportunities and I didn’t have enough experience for any of them. So… looks like I’m learning on my own again -___________-

I’ve also had my little fantasy of owning a house for a very long time. I’ve been such a cheapskate my whole life, and that is what I’ve been saving for. I’ve always said I’d rather pay for a mortgage rather than rent. And let me just also say. I don’t have a million dollars.

Which is about the average house price in a nice area in Auckland, which is unobtainable. The cheapest houses probably start around $650,000 in Auckland in a low decile area, with prices climbing as you get closer to the city or to a nicer suburb. I honestly do not know how I’m going to be able to afford a house, especially with coronavirus taking a good chunk off my Kiwisaver (NZ superannuation) that I was going to use for a house deposit. But even then, I don’t earn enough for banks to happily lend me more than half a mill.

Sometimes I look at house prices in the States and they are sooooo cheap. I don’t mean this as a humble brag, but I see houses that are for $100,000 in the US that I would be able to get a loan for. But then again, I could probably buy a house for cheaper if I bought outside of Auckland. But I have to live in it for 6 months, and my job, friends and family are in Auckland. I don’t see any reason to move out of Auckland. I also don’t believe I would be able to get the level of income I need for a mortgage if I didn’t live in a big city. And the cycle continues.

I am much more confident when I’m overseas and it shows. I don’t know whether it’s because I can let go of more my worries from NZ, or whether boys overseas are more happy to dish out compliments which I typically fall for or if the Kiwi accent is more of a novelty overseas but whatever it is, sometimes I say stuff that makes me ask myself who I am. I don’t kiss and tell (nowadays) but one incident that sticks to my mind is when I was in the small seaside town of Kavala, Greece last year. Storm clouds were rolling in but it was still sunny, and I was watching street dogs playing in the road. I was in a seafood restaurant and I was wearing my favourite shorts lolol.

“Where are you guys from?” asked the young Greek waiter. He could’ve been younger than me, that was how young he looked (but not underage!!).

“New Zealand,” I said, as the rest of my friends also said where they were from.

“Wow, a long way from Kavala, why did you come here?” he asked.

“I came to see you,” I said, in my Jessica from Love is Blind baby voice.

He looked flustered and all my friends were like ZOMG are you flirting with the waiter?? and I was like um…. I don’t think so? LOLOL.

I was wearing my glasses and no makeup, something I don’t really go out in New Zealand with, no drinks in me and yet I felt hot enough to make eyes at a Greek boy. Wowe. I never feel hot enough to flirt with randoms with a full face of makeup and a lowcut shirt in Auckland. Like where is that energy???? Why does it come out when I’m not at home???

This is what I mean by Auckland not fitting into my jigsaw. I don’t find many opportunities to grow and learn. I can’t afford to buy a house here. I can’t seem to be the free spirited confident gal to meet boys. I’m trying my hardest to date Auckland, to see my future with Auckland but it’s not completing my puzzle.

Do I keep trying or do I admit that Auckland is not the one for me? But I want it to so, so badly that surely if I work on it hard enough it’ll come true.

I would love to live in New York City, and become an expert on the train lines, go to the museums and visit Chinatown, Central Park and Flushing any time I wanted, binge buying makeup and Cheetos. I would also love to spend time in Paris or Lyon, finding places that are off the beaten path for amazing French food that takes discipline and a real understanding of flavour to achieve, learning French and learning how to make the most of night life and getting piss drunk. There’s so many places I want to spend significant pieces of time in – being able to order in amazing Korean fried chicken and trying to get into kpop fansigns in Korea, going to onsens and cherry blossom picnics with egg sandwiches in Japan, eat bratwurst in Berlin, cheese in Switzerland and bathe in sunlight, orange trees and wines in Italy. Can you tell it sort of dwindles into food goals lolol. I even sometimes dream of sitting in traffic in Queenstown overlooking the lake and the Remarkables and being able to think about how I am in traffic in the prettiest place in the world.

I just want so many different puzzle sets. But, will have to put them all on the shelf now that coronavirus is running wild. I’m not sure when I can leave my house, let alone the country. Oh well. At least it gives me more time to work on my relationship with Auckland. Let’s hope that our feelings can be mutual soon.

One thought on “In a dysfunctional relationship.”