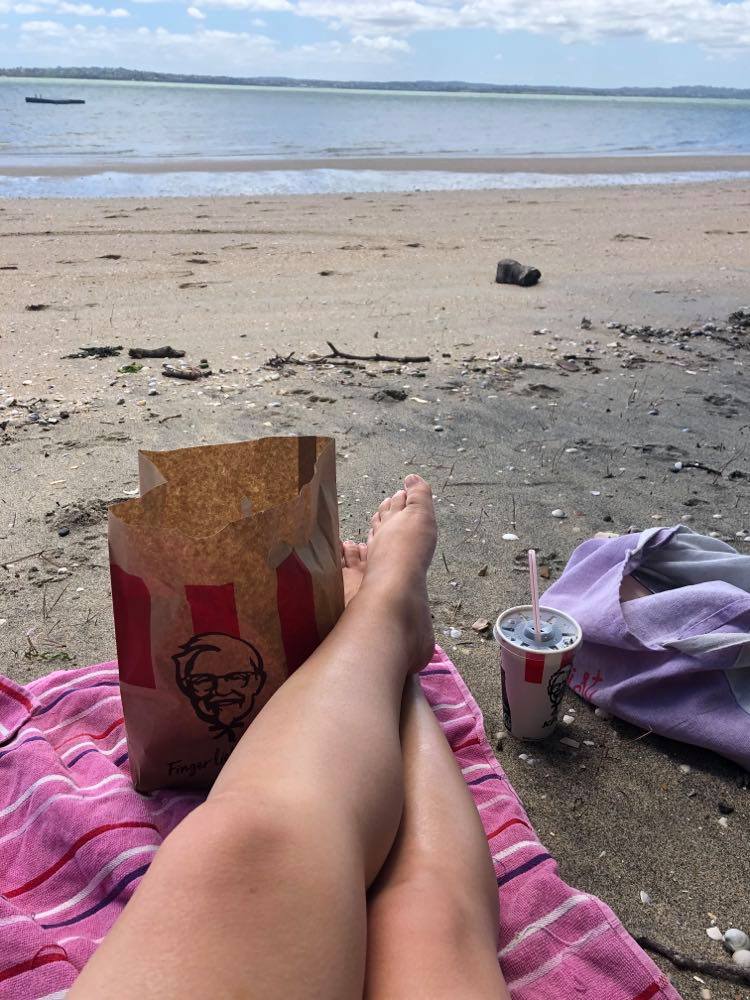 What do I get up to in my days, weeks, where I have every waking minute to myself? Isn’t it super weird that we are so used to giving our time to other places, like work, friends, fam, significant others that when we get all the time back to ourselves it’s unusual? As if I’m not giving my time to someone else, then what am I doing with it. Well! I haven’t actually felt extremely bored yet.

Since every minute is my “spare time”, I’ve done a lot of research on dog breeds in preparation for when I one day get a dog. I’ve watched a toooonnnn of Dog Whisperer lolol. Most dogs need a job, or thrive on having one to stop them from becoming depressed, bored and destructive. And I feel like humans are similar in that we need to feel like we’re working as well.

Even before offices and professional jobs were a thing, humans have always felt compelled to be doing work, like ploughing fields, hunting and gathering, building.

So it’s not surprising that now I don’t have a job, a lot of people ask me what I do during my day. Some people tell me they get bored after 2 weeks off, let alone a few months. I understand. When I was working full time, I also could not comprehend having so much free time.

And yes. I do apply for jobs. I apply for jobs several times a week. No, I don’t have any jobs I desperately want because I’ve learnt to not get my hopes up just for applying, especially because I know it’s mostly not humans reading my CV but programmes scanning it for keywords and that a lot of my applications were probably unread. No, I have not had any joy. I’m not going to stress about it, because I’m not going to make this the end of my world and ruin my mood and motivation. I could if I let it, but this has also become an exercise on control over my mood as well.
So apart from above, what do I do?

So yeah, I’ve basically spent all my free time doing stuff I like. Watching tv, reading, cooking, eating, sleeping in, getting involved in passion projects, finding exercise that I enjoy. I think it’s becoming outdated where we only let ourselves have time near the end of our lives, when we should not feel bad at any age. The catch is that when you’re unemployed it’s hard to do things like travel or knock off things on my bucketlist that cost $$.

I’m trying hard to not feel bad about taking my time. I’m not going to let myself, or others, do it, even if there is a stigma about being unemployed. Becoming depressed isn’t going to help me and I’m going to try in my limited ways to not become bored.

Of course I get flashes of feeling super guilty that I’m not productive. I’m not a fan of my bank account doing nada and I’m unable to work toward any financial goals apart from avoiding financial ruin. I’m definitely not achieving any career goals. I find it uncomfortable telling people I’m unemployed, especially when they assume I am and start asking questions about my job.

But I’m going to try my hardest to not dwell things that will ruin my me time.

I’m not going to start chasing my own tail. I’m just going to take a nap on the couch and chase butterflies until my name is called.