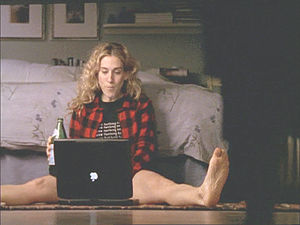 My favourite Youtube couples are getting divorced, and as I get older, I realise that a lot of relationships don’t work out. No relationship is perfect, and I have serious doubts around ones that claim that they are.

I have followed this Youtube couple named Simon and Martina for a few years – they made heaps of food videos in Korea and Japan, and also a lot of videos about how they are great with each other. They weren’t poser-y/influencer-y, were funny and they had cute pets. Martina has a chronic illness and Simon would always talk about how he was going to take care of her and how he was trying. In their ‘Day in a LIfe’ he would be making coffee for her before she got up, and cleaning and doing all the chores in the house. He would work out so that he could “be strong enough to carry her around if things went badly”, and would watch RuPauls Drag Race with her and cook dinner.

I remember thinking “wow – how would I ever find someone who loved me enough to work out so he could carry me around, a guy who would willingly clean the house and do dishes, and also make me teas and coffee and watch TV shows I like with me?”. I didn’t really care for his personality that much, but I thought his love and devotion was so rare, and I guess… true? People in the comments would be like “I wish I had a Simon” and he would reply saying “you should aspire to be a Simon for your relationship” and I was like… if only more guys were like that?? Thoughtful guys are very hard to find. I also fucking hate cleaning and I find it so sexist that the responsibility normally falls on the girl or the more feminine energy in the relationship when both people live in the space or have made the mess. So lazy.

Anyway, this year they announced they’re getting divorced. Simon has gone on some weird mid-life crisis where he’s become addicted to meditating, went to Hawaii during a pandemic for a retreat, bought a Tesla that he crashed twice on the same road, and the constant working out was not so altruistic but that he actually wanted abs. Martina keeps dropping hints on social media that he’s a classic narcissist, that she’s a victim of narcissist abuse, and that the ‘ideal husband’ thing was an act.

I find this all very juicy, and in a way validating, because on social media it seemed like they worked perfectly together. And that’s the case for so many couples. They look so good and together on social media, but between them there’s always something. Family, friends, money, household chores, jealousy, work… there is something that is a recurring issue that crops up for them.

I’ve always been in a ‘I don’t want to settle’ type of mentality for a relationship. I want to look at my partner and feel really lucky to have them. Because if I didn’t feel like I had landed a catch, I would have no patience for the things that irritate me. But I’m starting to see that even when you think you’ve found a person that is the best for you, it isn’t enough.

It does scare me, because I feel like people are starting to play for keeps now. And I can’t even find someone I want to keep, let alone develop a strategy to keep them. It’s such a strange term, to ‘keep’ but that’s never the case. I am starting to see how easy it is for people to walk away from years of dedication and love. And for me, who I can’t imagine someone who loves me enough to work on staying with me, it really scares me. Can you imagine if one day, your cat that you loved and spoiled was like “you’re way too selfish, can’t do this anymore” and just runs away? I don’t know what the things I need to work on in a relationship SINCE I HAVE NEVER BEEN IN ONE FOR LONG ENOUGH but holy shit I can’t imagine being with someone for years and then realising they don’t want to do another day with you. I know it’s probably more complicated than being blindsided, there’s normally like a deterioration where there’s arguments or trouble brewing and a lot of break ups are mutual. I know love doesn’t conquer all, but I also thought it should be relatively easy and worth fighting for.

Instead people change, people can not try as hard as you, people can be liars and cheats or just not right for the future that you want.

I thought that finding the right person was the hard part. But it seems like making it work with a person is also a challenge all the time. When I see so many people breaking up, or having issues that they can’t work out, I think… am I worth it for someone to fight to stay with?

Romantically, we’re always taught that love should just be natural. When I was a teenager and a geeeeeeekkk I taped up a quote on my bedroom wall from Shakespeare that said:

“Love is not love which alters when it alteration finds, or bends with the remover to remove. Love alters not with his brief hours or weeks, but bears it out even to the edge of doom”.

I liked it because it acknowledged that there would be “alterations”, or faults and changes that might happen, or people or reasons who want to stop your love. I knew that I couldn’t expect love to be smooth sailing; but I thought real love was enough to soldier through it. But the reality is that it isn’t.

I seem very paranoid that my nonexistent partner is going to leave me and not fight for me. I also have my no-nos that would not make me fight either – gambling problems, anger problems, bad with money and not accepting that they are, cheating. There are some relationships that I know of where if it was me faced with the issues they have, I would not make any effort to keep them going.

I don’t believe being in love is as easy as breathing, that a partner can complete you and that they will love 100% of you and they can make you smile on your darkest days.

However I thought being in love was not going to need more work than a job, that you’d rather go without it, that there are so many problems and issues that can arise with your partner that no one can solve. That years could go by and still have you questioning whether they’re ‘the one’.

No relationship is perfect. But I’ve had my Disney bubble popped in believing they were supposed to be easy.